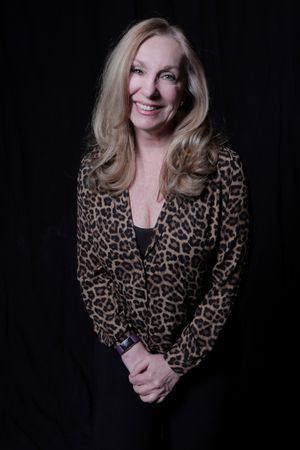 Dee Miller is a Minnesota musician who has a performance pedigree that spans many years on the local and national Blues scene. Dee’s “barrelhouse” style of singing has earned her the label “Duchess of the Blues” in the Twin Cities and regionally.

Dee was inducted into the Minnesota Blues Hall of Fame as Performer of the Year in 2018. Also in 2018, The Dee Miller Band was selected to represent Minnesota at the International Blues Challenge in Memphis in January of 2019. The band advanced to the Semi Finals. Her awards prior to that include a Minnesota Blues Hall of Fame award in 2017 for “Best Song” for the original song “Leopard Print Dress” cowritten with Jimi “Primetime” Smith. The band is also a two time winner of the Battle of the Bands in Minneapolis.

The recently released album “Leopard Print Dress” (October, 2018) is garnering national and international airtime and is receiving rave revues from all over the world.

From her early days as a child listening to her mother singing the blues around the house in Maplewood, MN, Dee has been a singer. She first started singing along with Dione Warwick and Aretha Franklin recordings as she crafted her skills. The sounds of Etta James, Bonnie Raitt, and Mahalia Jackson were part of a life spent singing as she walked down the railroad tracks that were right next door to her house. During these times, Dee realized the power of music and what a refuge it is for her.

Dee's first professional gig was with the blues band "Minnesota Barking Ducks". She has also been a member of "Liberty Street", "Bottom Line", "Night Train" with her dear friend Liz Cummings, and several others before she started the Dee Miller Band in 2004.

Dee has performed in many local music establishments. On a national level, Dee has performed in Chicago at Buddy Guy's Legends, and in Washington D.C. at Madam's Organ. Dee has also performed on stages in Memphis, Clarksdale, Mississipi, San Francisco, Greenwich Village, Key Largo and Florence, Italy.

The Dee Miller Band has been featured at several regional Blues festivals and venues. 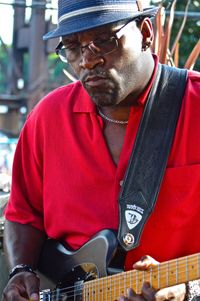 Born in Harrisburg Pennsylvania, Craig Clark started singing Gospel music at the young age of five. Listening to the sounds of The Mighty Clouds of Joy and The Gospel Keynotes, Craig started his musical journey singing at churches around his hometown area.

Since moving from Pennsylvania to Minnesota in the late eighties, Craig has been spreading his soulful sound throughout the state and beyond. Adding his self-taught compelling guitar style to his already dynamic vocals; Craig has constructed a style of his own. Influenced by the the likes of Sam Cook, Bobby Bland, Robert Cray and Buddy Guy, Craig Clark has proven to be a strong force in the musical community, leaving audiences talking long after hearing him perform. Craig also has his own band called "Craig Clark Band" which is gaining popularity in the Twin Cities area.

A highlight of Craig's career was traveling to Katar to perform for American troops. Craig has been featured at local music events such as The Stevie Ray Vaughn show,  as well as giving his time for benefits for local musicans and organizations. 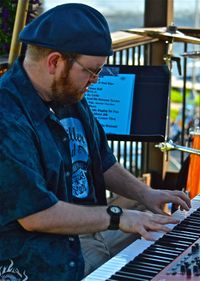 At 32 years, Jesse is the youngster of the Dee Miller Band. Still he is the longest standing member other than Dee herself. Dee formed the band in 2004 and Jesse was its first keyboardist starting in 2006. Dee “discovered” the unclaimed musician, who had only been in high school and college bands up until then, at a friend’s 4th of July party. Jesse was spewing forth blues licks like a seasoned pro and Dee asked if he was playing in any other blues bands. Before he could answer, she said “Nevermind, your mine!”. At age 19, Jesse was performing in his first regular gigging band with Dee at the helm.

Jesse knew he was going to be a profession musician and finished 3 years of a bachelors degree at McNally Smith College of Music. In his junior year, he decided the Twin Cities music scene was prolific enough to support his ongoing music education. With Dee’s gracious consent, he pursued relationships with bands in many other genres, playing out with as many as 15 diverse bands at one time on a regular basis. First jazz, r&b, theater and big band. Then soul, hip hop, rock (classic, progressive, and nostalgic), smooth and acid jazz, fusion, Celtic folk, Americana and country. Jesse has also developed relationships with many local churches and synagogues, performing theater, holiday and Sunday services as well as recording for their promotional programs. He credits his time playing gospel in Baptist churches that most affects his blues performances with DMB today. Listen for these ecclesiastic influences on the covers of “Take It to the Limit” and “What You’re Doin’ to Me”.

Over the past 12 years, Jesse developed long term relationships with other notable Twin Cities bands such as Willie Walker and We R (soul/r&b), Rare Medium (groove jazz), and Wayne Luchau (nostalgia rock), among many others. Jesse also performed for 5 years, every Wednesday at the Artists’ Quarter (now Vieux Carré) in open jam with many talented jazz musicians from all over the country and even Japan. His playing experience has included world travel well as recording time.

But with all this diverse experience, Jesse is glad to have the opportunity to perform and record his first love, the blues, with the talented musicians of the Dee Miller Band.  To learn more about Jesse: jessemueller.com 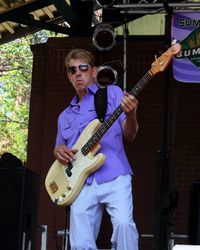 Eric’s musical skills and talents were nurtured by a musical family from a very young age.  He credit’s his desire to be a bass player to his uncle Maynard Meyer.  He was given his first bass at age 11 and the journey began.

His reputation as a twin cities bass player started with  “The Dog Pound Blues Band” when he was just fifteen years old. At the age of 18, Eric began his professional career heading out on the road with the David Collin Bryant Band right after his graduation  from high school.

In his 30 year musical career, Eric has shared the stage with such greats as: Lady Blues, Claudette King, and Jimi “Primetime” Smith Carvin Jones, Mario Dawson, and Claudette King as well as many other great musicians. The Pete Kavanaugh Group, the Daily Grind, and the Kurt Jorgensen Band are among the many previous bands he has played with.  He also plays with The Craig Clark Band as well as own project, "Eric Meyer and the Great Northern Rhythm Section.

Eric Meyer’s bass playing has been described as awesome and creative and his nickname is “The Machine”.  Eric is sought after by many local bands as a fill-in when time allows.

Drummer, Mike DuBois first began his masterful drumming on the pots and pans in his parents’ kitchen. At the tender age of six, little did anyone suspect that this was going to be a life-long passion. Mike’s talent was nurtured when those same parents bought him a drum set to keep him from playing pots, pans, on the furniture, on books and anything else he could find.  Thus a great career began.

Influenced by Buddy Rich, Dave Weckl, and Dennis Chambers, Mike has crafted his style throughout the years in projects with Mitch Woods, Mojo Buford, The Lamont Cranston Band, and The Big John Dickerson Band.

In recent years, Mike has added Scott Holt and Carvin Jones to his list of musicians he has worked with.

Known for his intense style of drumming, Mike has the versatility to play many styles of music. He is considered one of the premier drummers in the Twin Cities Area. Mike was also a coproducer of the album "Leopard Print Dress".

Mike is also a coproducer on the Dee Miller Band album: "Leopard Print Dress".  In reviews of the album,  Mike has many mentions for the excellent recording elements.

Highlights in his career are: playing at the Guthrie theater with The Lamont Cranston Band, and playing with Dan Aykroyd. He lists playing for his beautiful wife, Dee and her band (The Dee Miller Band) above all.

Mike is well known in the Twin Cities and plays with many local musicians and corporate event bands.